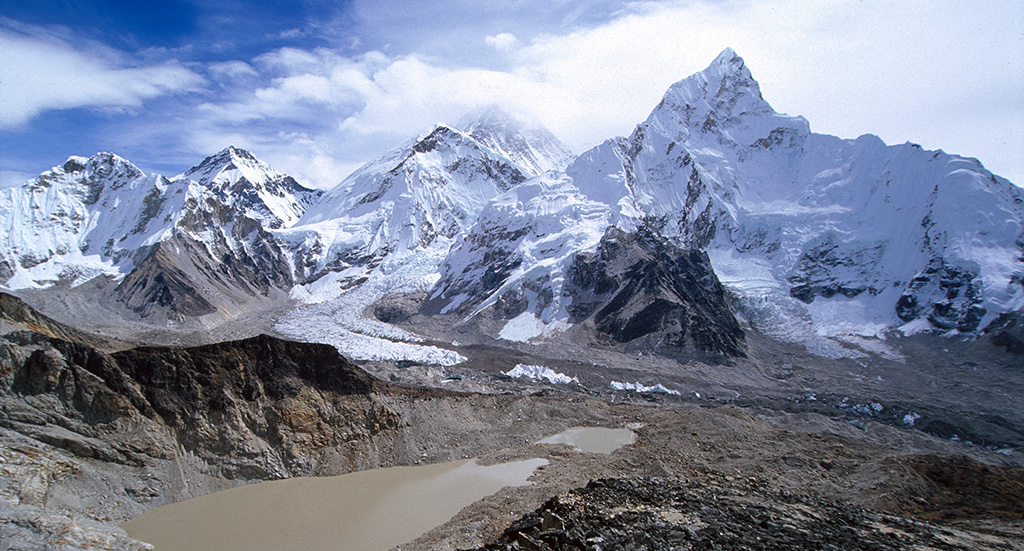 On the Trail of the Glaciers: the fifth expedition of the project is leaving for the Himalayas

After Karakorum, Caucasus, Alaska and Andes, the fifth expedition of the ten-year project “On the traces of the glaciers” is starting, next 20 April for the Himalayas. In the footsteps of the first expeditions that attempted to climb Everest. The aim is to document, both with photographic comparisons and with remote sensing, the massive change of glaciers over the last 100 years.

The expedition, which has as main sponsor Enel Green Power, which has always supported the project, will further expand the archive produced by Fabiano Ventura. This is the most important documentation dedicated to the effects of climate change achieved through the technique of comparative photography.

Like the previous expeditions, this too will have an important scientific impact. In fact, the Department of Earth Sciences of the University of Milan will carry out a remote sensing work to study the mass balance of the glaciers visited by the expedition team.

From the departure of the expedition to Everest (8848 mt), and the Kangchenjunga (8586 mt), the National Geographic Italy speaks today in an article, from this year media partner of the project, which will follow the team in its Himalayan stages more important.

It is a partnership, the latter, also consolidated by the presence of the exhibition “On the traces of the glaciers” at the National Geographic Science Festival in Rome, which will be held at the Auditorium Parco della Musica from April 16th to 22nd. During the same period, on April 17th, the exhibition will also be presented in New Delhi, at the Italian Embassy in India, on the occasion of the Italian Research Day in the World.

During the expedition, which will be back on June 8, the director Federico Santini will take care of the creation of the video footage intended for the production of the documentary.