The stars are holes from which filters the light of the infinite. Confucius

Nothing is harder than a stone and nothing is softer than water. Yet, soft water hollows out the hard stone. Ovidio

Everything you can imagine, nature has already created. Albert Einstein

This is another comforting aspect of nature: its immense beauty is there for all. No one can think of taking home a sunrise or sunset. Tiziano Terzani

Enjoy what you look and understand is the most beautiful gift of nature. Albert Einstein

This world is indeed a living being provided with soul and intelligence ... a single visible living being, containing all other living beings, all being congeners for their own nature. Platone

To forget how to dig the earth and take care of the soil is to forget ourselves. Gandhi

In all things of nature there is something marvelous. Aristotle

The mountains are always generous. They offer me unique sunrises and sunsets; the silence is broken only by the sounds of nature that make it even more alive. tiziano Terzani

The forest is a body of boundless generosity who does not ask anything to men: it protects all living beings, and offers its shadow to men who destroy it. Buddha

Today the LUMEN mountain photography museum of Plan de Corones in South Tyrol is now open to the public. It also hosts an exhibition created with Fabiano Ventura's images. 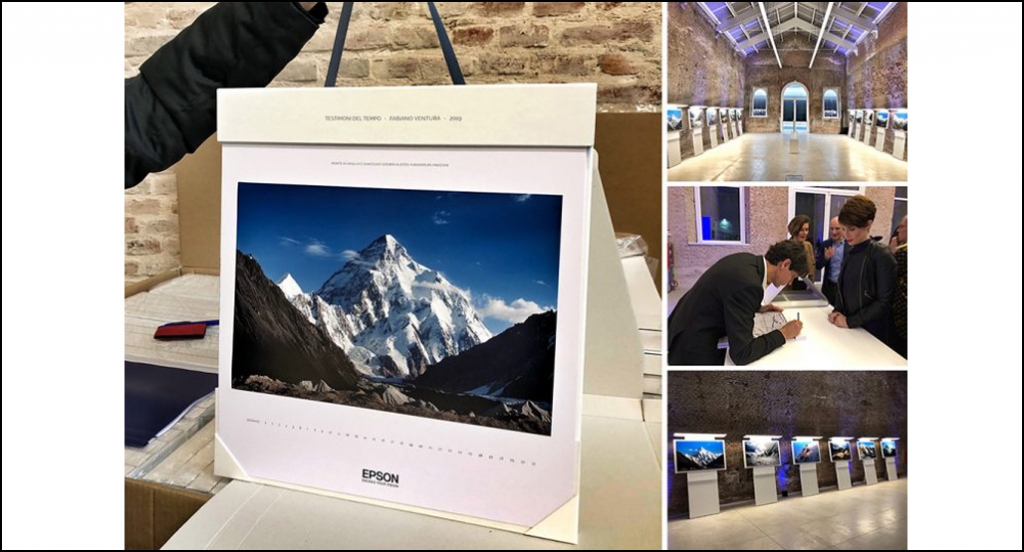 Epson Calendar 2019: The Vernissage in Milan 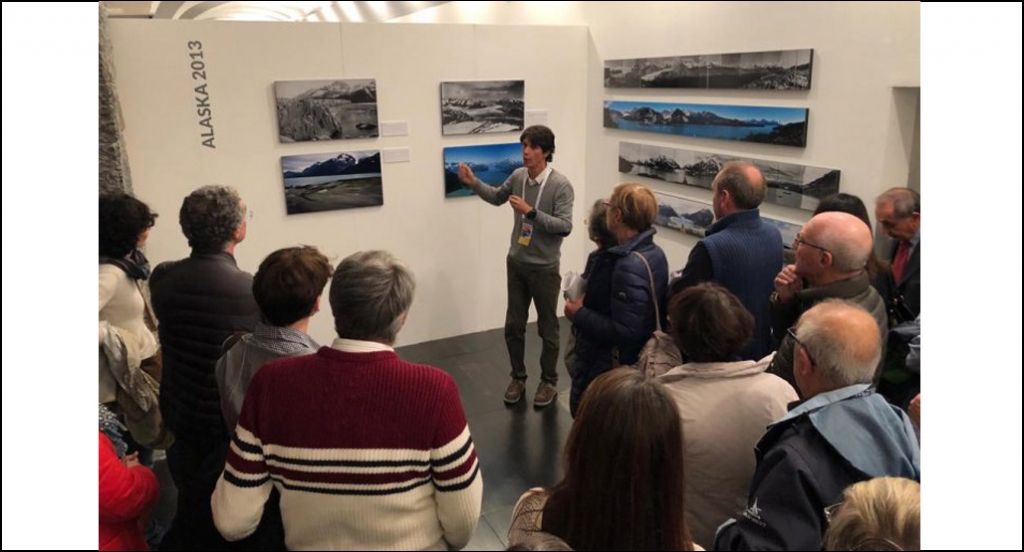 Over 2000 visitors to the exhibition “On the trail of the glaciers” in Genova. Many young people and students

After having participated in numerous scientific, photographic and mountaineering expeditions to the most fascinating and remote places on Earth, since 2007 he has been involved in the project ‘On the Trail of the Glaciers’ of which he is the creator and director.

His sensitivity to the problem of climate change has led him to focus much of his activity on communicating the urgency of this phenomenon to the general public. In collaboration with a team of researchers, filmmakers and communicators, he has photographed the transformations of the largest mountain glaciers on the planet and disseminates the results of his work through exhibitions, documentaries, conferences and educational programmes.

He has exhibited his projects in numerous Italian and international venues, including the Milan Triennale, the Klima Arena in Sinsheim, the Lumen Museum in Plan de Corones, the Pigorini Museum in Rome, and the Messner Mountain Museum in Bolzano.
In 2020, he curated the exhibition “Italian Routes – Mountains, Mountaineering, Climate Change” for the Italian Ministry of Foreign Affairs and International Cooperation, which was shown in numerous international venues (Museum of Fine Arts in Ho Chi Minh City, Museum of Ethnology in Hanoi, ICE in Seoul, Ben Gurion University in Tel Aviv, Zeughaus-Areal in Zurich) and will be touring Europe and America until 2023.